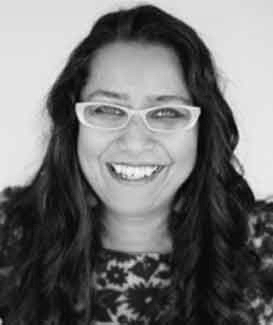 As a premier reference lab and global pharma services organization that runs over a million oncology tests annually, NeoGenomics Laboratories, Inc. is proud of its work to improve patient care, and utilize diagnostics and real-world evidence as our guide and mission in the work we do. While NeoGenomics has hundreds of tumor-, liquid- and blood-based assays, in particular, for hereditary cancers, we have multiple BRCA 1/2 assays, plus a 146-gene based comprehensive hereditary cancer panel for breast/ovarian cancer, along with bone marrow failure and CRC panels. We also work very closely with pharma and technology platform partners on companion diagnostic assays, while offering Day One readiness of oncology-based CDx tests and sponsored testing programs in our reference labs.

In our “Talking Cancer” Series, a curated conversation with patients, patient advocacy and medical engagement stalwarts, we are proud to present our conversation with PBS NewsHour journalist, Ali Rogin. Ali is a producer with the PBS NewsHour foreign affairs team, and also previously covered the White House, Capitol Hill and State Department for ABC News and NBC News. While in college, Ali went through a prophylactic double mastectomy — a decision she made at 18 after her BRCA-1 positive test result. This came from months of deep research, including finding out her famous drummer father, Max Weinberg was also BRCA-1 positive, as was her aunt who died of ovarian cancer. With her Ashkenazi Jewish heritage, and family history of cancer, it was a natural decision to determine if Ali carried the gene and then proactively act on it. It’s been over a decade since then, and Ali continues to highlight what it means to be a previvor, what family history of cancer genes highlight and how to live life ‘after’ the diagnosis.

Beat Cancer Like A Boss is her journalistic anthology of interviews of other breast cancer survivors and ‘previvors’—those who proactively chose to surgically act on a BRCA1 positive result as well as those who found they were cancer-positive via routine mammograms and MRIs. This anthology holds words from veteran journalists like NPR’s Cokie Roberts, a breast cancer survivor and a fierce advocate for healthcare for low-income women, Grammy-winning singer/songwriter Sheryl Crow who asks women to put themselves first in how they want to be treated, and leaders like Geeta Rao Gupta, Executive Director, 3D Programs for Girls and Women and Senior Fellow, United Nations Foundation who emphasize the need to have advocates at each crucial patient journey decision point. Ali joins this diverse sisterhood battling breast cancer with data, dignity, and humor.

I’ve worked with Ali on a personal level, when she interviewed me during the ongoing Indian Covid crisis from afar and what it means to be an immigrant living away from their homeland during a pandemic. That conversation led to our chat on Ali’s own battle with hereditary cancer testing and its outcome. It is refreshing to watch how Ali not only took charge of her health once she got the results, but how her own profession helped her deal with cancer, and life as a wife and author.

Madhushree Ghosh: As a journalist you’re raising awareness on multiple issues, social justice, health, investigative. How did your own personal BRCA journey motivate you to write Beat Cancer Like a Boss?

Ali Rogin: From just after I got my test results that I had this mutation, I knew that I wanted to, as the saying goes, “make my mess my message.” I felt that the least I could do from that position of privilege was to share, at first, my own story, with whomever was interested or could derive something meaningful from it in their own lives. Then, a few years after my surgeries, it just dawned on me – why not try to expand that sphere and write a book based on other incredible, and across-the-board, highly privileged, people who have endured breast cancer, so they can share what they’ve learned?

MG: What do you wish you’d known when you went on your ‘previvor’ journey?

AR: I wish I had better learned the lesson that each of the women in my book – honestly, to a person – took away from their own breast cancer experiences: be your own advocate in the exam room. I was so young, and oftentimes didn’t ask questions or push back on what doctors were telling me. Not that I felt that anyone misled me, but I didn’t feel that I was entitled to any other information besides what the doctor told me. I am trying to live by that mantra now that I’m dealing with the next phase of my BRCA journey, which is IVF and pre-implantation genetic testing which will hopefully help us root out the gene in whatever children my husband and I are blessed with.

MG: What was the surprising aspect of interviewing the women in Beat Cancer Like a Boss that you’re amazed by?

AR: Because the theme of the book is basically, “lessons about how to get through breast cancer from women who’ve achieved great success in other aspects of their lives,” I assumed that they would all have the gold standard of not just care – which they by and large did – but also treatment in medical settings, as a patient and a human being. But sometimes, having great resources, or fame, backfires. It did to actress Edie Falco, who had to literally wander the streets of New York City before she found a doctor who was willing to break the news to her that she had breast cancer. No one wanted to be the bearer of such bad news to such a big star.

MG: And what was it like for women of color who were diagnosed with breast cancer?

AR: It was an incredibly glaring aspect of the experience of most of the women of color I interviewed: medical racism is so unfortunately pervasive in the system, often in subtle, insidious ways, like doctors not expecting their Black and Brown patients to come to appointments armed with loads of questions, like they might expect their white patients to do. Not to mention the disparities in access to specialized care, insurance that covers all aspects of breast health which can go way beyond mammograms, conditions at work that make it easy to go for appointments. Like everything else related to racism in this country, it’s all-encompassing and deeply rooted, but fortunately there are wonderful individuals and organizations around the country working to uproot it, like Breast Care for Washington in my own city and the Black Women’s Health Imperative.

MG: Where do you think the challenge lies in breast cancer, BRCA gene predisposition, patient information that you think we in the oncology diagnostics community should focus on?

AR: I am sure it’s changed in the decade or so, since I received my results, but I was very disappointed – and I write about this– with the way my genetic counselor presented my BRCA results. She emphasized my options for dealing with ovarian cancer prophylactically, like having children earlier in life (oops, I’m 34 with no kids yet). But beyond early and routine surveillance, she basically implied there were no preventative options for avoiding breast cancer, which of course, is not true. Genetic counseling is the first line of defense for patients on the other side of that genetic test, and I think the profession is incredibly important, which is why genetic counselors should have all the training they need to make sure they’re presenting all potential options during the post-test consultation. Maybe it was this person’s cultural biases, that I was too young to consider removing my breasts. Guess what? That’s my call to make, not hers. It’s that sort of assumption that I was confronted with all throughout my journey to a double mastectomy, and those views have evolved, I think, may still have yet to prevail in some genetic counselors’ offices.

MG: With the raging pandemic for the past 15 months, how has genetic marker screening affected patient testing, and would you expect your book to get the conversation started?

AR: I am not an expert in this but I would imagine that genetic testing has fallen over the past 15 months, just like all sorts of other routine screenings like mammograms and colonoscopies, which unfortunately has led to a spike in cancer diagnoses, and diagnoses of more advanced cancer because people aren’t catching it in early stages, which is the point of mammograms (they’re not preventative but are there for early detection). I would hope that people reading my book will get a deepened appreciation for the importance of routine screenings, and the importance of knowing your body, including your breasts – are your breasts dense, do you also need an MRI?

MG: What was the publishing process like? Did you fall into it, or had meant to write it in the form it came out ages ago?

AR: The idea to write this book came to me in early 2017. So even though some in the industry said it was too niche, or people weren’t interested in anthologies anymore, I pretty much continued to steamroll through the process and cold-call people who I admired and tried to convince them to talk to me. It was that potent combination of hard work, preparedness and luck that got me a book deal. My dad (Max Weinberg, the drummer of Bruce Springsteen’s E Street Band) says, if you stay ready, you don’t have to get ready. And because I’m in TV news, I’ve called in every favor with anyone I’ve ever met to help spread the word about the book.

MG: As a previvor, what would you recommend we change in US public health policy to keep oncology testing a priority?

AR: I’m definitely not an expert in this, but insurance for so many people isn’t inclusive enough of all the various screenings that women – and men for other cancers – need to make sure they are doing everything they can to maintain breast health. Based on conversations I’ve had with lots of breast physicians, the recommendations from the US Preventative Services Task Force are way too lax. I believe, as many physicians do, that annual mammograms should be recommended – and required to be covered – beginning at least at age 40. Many doctors have begun performing a baseline mammogram on patients at age 35. That’s how another incredible woman in my book, CNN’s Athena Jones, caught her first of two bouts with breast cancer as early as she did. Genetic research and testing have revealed so much about how some cancers manifest earlier through successive generations, but even in the general population, people are getting breast and other types of cancers earlier and earlier. It’s my personal belief that the federal guidelines should catch up with that.

Beat Cancer Like a Boss is available at bookstores like Powells, Skylight, or Politics & Prose or in any online store like Amazon or B&N.
Ali Rogin can be reached at @AliRogin

The content in the blogs herein relate to the opinions and views expressed by the individual blog author(s) and contributors and are not necessarily the viewpoints held by NeoGenomics Inc., or any of its affiliates or entities.