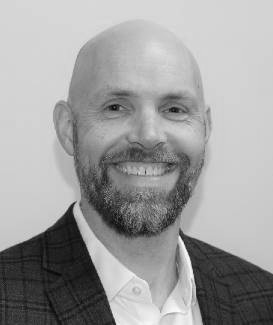 We were glad to see FDA’s combined approval for GSK’s Jemperli (dostarlimab) and Ventana’s MMR RxDx for recurrent or advanced endometrial cancer back in April. It’s a great case study for CDx development strategy.

At this time we have more than 70 novel IHC assays that we have developed for clients, or have been transferred to NeoGenomics. Most are exploratory biomarkers, many are slated for eventual use to select and enroll patients, and at this time more than 25 are being used for patient selection (ie, a clinical trial assay). Due to the vagaries of drug development, not all these assays will make it to phase 3 development as a CDx. But some will, and by what means will they be commercialized? Frequently, these assets are transferred back to an IVD partner for final manufacturing, regulatory approval, and commercialization. We design our CDx-track assays to be readily transferred with minimal bridging required, but can we further minimize risk? If you can find a pre-existing IVD kit to support your development program, the answer is “yes”

I wanted to bring up the Jemperli example because it illustrates a development pathway that has worked well for us in other contexts, and this is our first example where that strategy resulted in an approved CDx. In the early phases of Jemperli development, when the asset was still with Tesaro, we supported their program using the pre-existing Ventana MMR Dx kit, then developed and approved for Lynch syndrome. We re-validated the assay fit-for-purpose as a lab developed test for the early phase studies in endometrial cancer to great success. Because we started with an optimized, approved IVD kit, the assay could be readily taken up by Ventana for final manufacturing support of the phase 3 study, and eventual regulatory approval.

We have used this same approach for many other CDx programs, repurposing an existing IVD kit such as KRAS, PLD1, EGFR, etc. as a lab developed test to support early phase development either as an exploratory biomarker or as a clinical trial assay. The risk of changes to the assay and associated manufacturing delays (or bridging studies) is significantly minimized. We are now glad to see this approach has borne fruit with the approval of Jemperli and MMR IHC.

Nice work if you can get it. But what if there isn’t a pre-existing IVD that you can use for your CDx development program? We’ll cover this topic on an upcoming blog post.

Scott Reid heads up companion diagnostic services and strategic alliances at NeoGenomics. He has been with NeoGenomics since 2016 and previously covered Business Development for the New England territory. He has been working in oncology since graduate school with a focus on diagnostics and IVD commercialization that has included previous positions at LabCorp and Covance. Scott completed his PhD in Biochemistry and MBA at Duke University.

The content in the blogs herein relate to the opinions and views expressed by the individual blog author(s) and contributors and are not necessarily the viewpoints held by NeoGenomics Inc., or any of its affiliates or entities.